And Polo said: “The inferno of the living […] is already here, the inferno where we live every day, that we form by being together. There are two ways to escape suffering it. The first is easy for many: accept the inferno and become such a part of it that you can no longer see it. The second is risky and demands constant vigilance and apprehension; seek and learn to recognize who and what, in the midst of the inferno, are not inferno, then make them endure, give them space.” 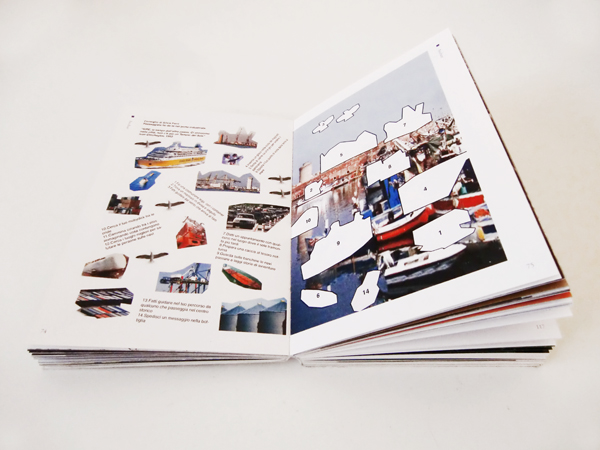 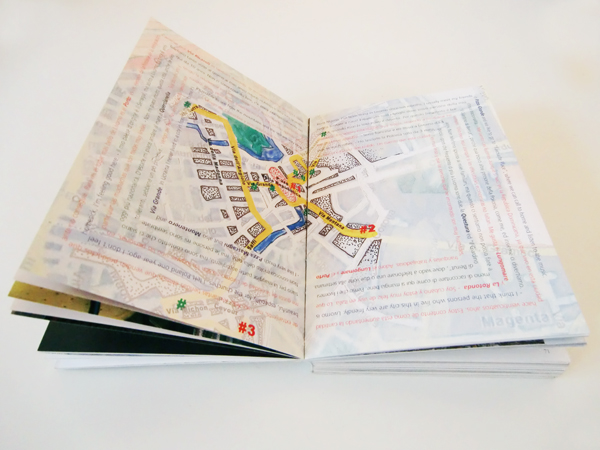 When Alessandra and Katia asked me to work with them on the formulation of a project for the city of Livorno, I immediately began to think about the possibility of activating an operative process that would permit us to interpret the city not with our eyes, but through the eyes of others.

What could be a better container for this project than a “tour guide”, a place where anyone could narrate their city, through their own experience, but also through their own desires, a place in which to construct an overview of the city, outside of established approaches and schemes? Therefore we began to contact, in various ways, a series of people who became our eyes, our gaze at the city, our guide through the complex grids that form the experienced life of the city.

We were interested precisely in life experience: personal experience as a part of collective experience. This time, though, the people did not remain anonymous and their stories did not blend with the official history; instead, they became the protagonists, assuming the responsibility of constructing a new way of interpreting a community and its territory.

The multiplicity and heterogeneity of this work group offered us the tools and means to obtain an original overview of Livorno, which in spite of its partial character managed to provide an interesting vision, full of stimuli and moments of reflection, a sort of starting point for a way of rethinking the city. To narrate the city and to try to understand its possibilities of development. Cities are being transformed at such a fast pace that we are not able to grasp the changes until they have already happened.

Narrating means reflecting, taking stock of the situation, and if there are many narratives then there are many dots to connect, to form that grid that serves as a moment of reflection for any social structure we want to construct.

The contemporary city embodies major conflicts and great hopes. It is the place where the contradictions of globalization are visible, the place where vivid differences are forced to come to terms with each other and to experiment to find solutions. But it is also a place that can become a model of development if man is able to avoid losing control over the economics of the situation.

Cities today, in fact, are also the product of capital that moves with great speed, and of complex human migrations. Perhaps the most visible aspect is the battle for space: the struggle for the space of life as opposed to the space of the economy, and the struggle to belong, regarding who belongs to what place, and what are the rights of citizenship.

Giving people the chance to narrate their own city is a first step toward reappropriation of the condition of being a citizen, which has nothing to do with being a citizen of this or that country, but means being part of a community, playing an active role in its processes of transformation; and the differences become the strong point on which to construct a new way of making a community. The global economy is transforming the way we live in the city; the space of the economy takes over physical and social spaces, triggers complex migrations. So inside the city new situations are created that alter the relationships among people. New behaviors and habits emerge that can have a profound impact on communities.

For years my work has been concentrated on operations inside communities, which case by case become the territory in which to activate processes of knowledge and exchange.

The problem each time is to manage to create a sense of belonging that is not only linked to the history of the territory, but starts with that history to determine new forms of belonging. This means that communities today are not the ones passed down to us by history, but those that we manage to construct, one by one, to represent ourselves inside a social system that very often no longer has the capacity, precisely in its constituent organisms, to represent us.

These new scenarios force us to make continuous shifts between the complex fabrics of social life inside the city. As a result, we have to find new ways to map urban spaces, to construct new cartographic approaches, considering the possibility that the explorations are not finished, but begin anew precisely in the places we think we know, but actually know only in terms of appearances and official narratives. The experience in Livorno was precisely an attempt to put aside appearances and official versions, seeking amidst hidden networks the positive signals on which to construct new forms of belonging and new ways of living in the city.
(Stefano Boccalini)