Isola is the name of a neighborhood in Milan, the place where this project-in-progress, Stazione Isola, begins. In the collective imagination an island represents a typical projection of the modern age. It is a sort of machine to produce illusions of communion between man and nature, man and society, but it is also a territory that remains somehow detached from the surrounding zones, due to its particular physical characteristics. The people who live on an island become aware of their “separation”, the geography and the imaginary become their strong points – their position becomes a possible model of growth and transformation.
Isola, as a neighborhood, chooses to remain detached, not to isolate itself but to become a point of reference, a possible model of micro-development that starts with a mobilization based on the desire of its inhabitants to be active subjects in the transformation of the zone, coming to terms with a conservative, consolidated situation of urban design. 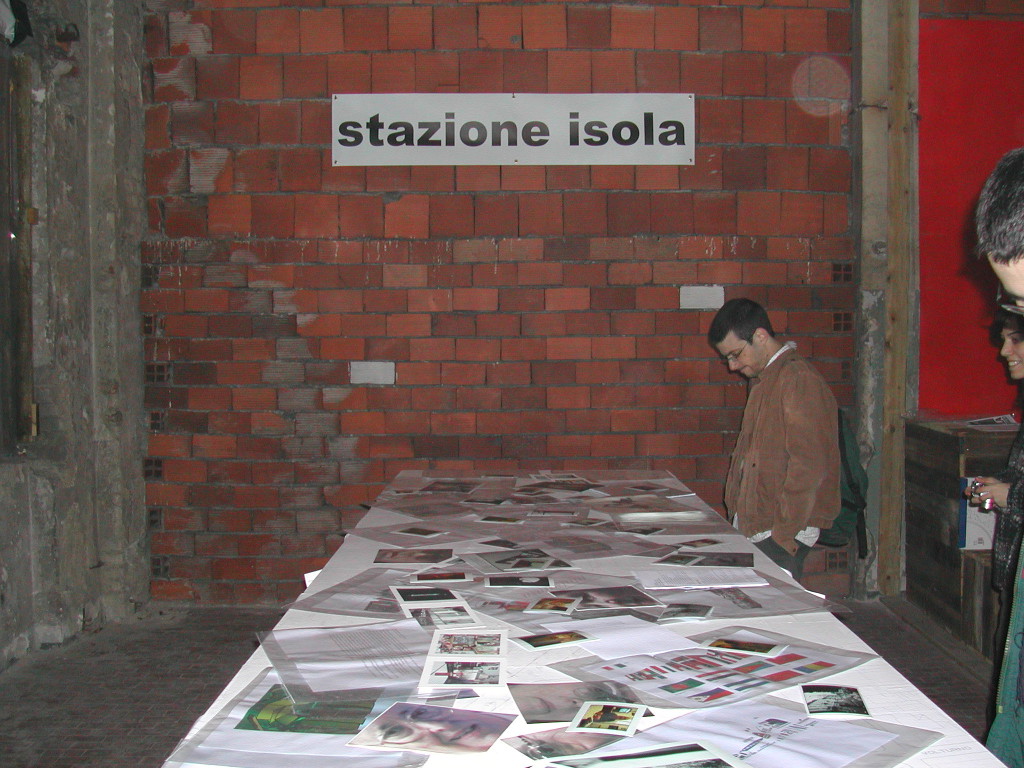 This is the framework in which Stazione Isola is inserted, to offer a moment of investigation, reflection and study, as a possible starting point for an urban design that can no longer be separated from the social context that gives character to a territory.
Through the personal experience of the participants, the project narrates the Isola district in Milan, constructing itineraries around present realities, describing situations and using a range of different methods (sound archives, visual archives, writings).
The project will culminate in the publication of a “neighborhood guide”, a hybrid format that is neither an artist’s book nor a conventional guide, and will not attempt to provide an exhaustive study of the territory.
The “guide” will be a mixture of essays, texts, photographs, routes, individual creative processes.
The group 11:27 makes a map that monitors the processes of transformation of the many local associations and productive activities, of places in which different cultures come into contact, of green areas and facilities set aside for culture, of abandoned areas and, finally, place self-organized by the inhabitants of the neighborhood.
Claudia Sinigaglia observes the markets, their timing and transformations.
Paola Ceretta and Michela Taeggi, with “the Isola that wasn’t there”, try to recover the historical memory of the places of the Isola neighborhood that no longer exist, or have been transformed for other uses. 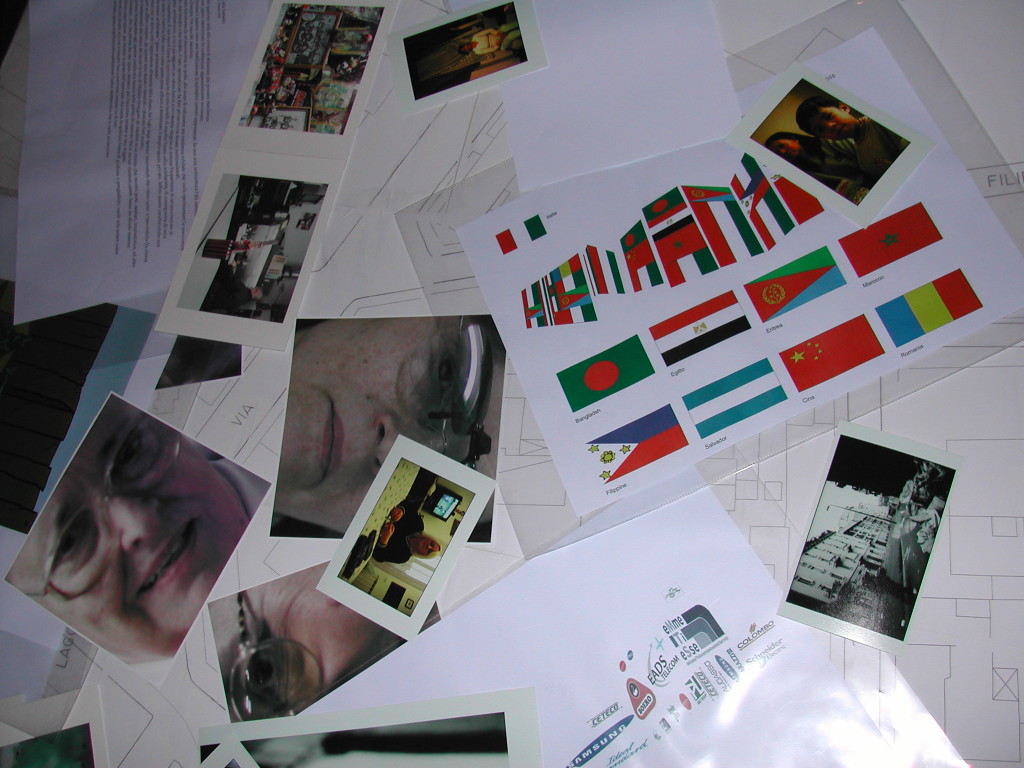 Stefano Boccalini narrates the transformations of the neighborhood through the memories of several women who were born in the neighborhood or have lived there for a very long time.
Giovanni Giaretta, with “Probably, maybe”, collects stories and little legends about events that happened decades ago, tales that have survived only by word of mouth.
Angelo Sarleti, with his project “Flat Flag”, focuses on the different coexisting geographical cultures and the paradoxical relationship that takes form in an urban planning area of residences for non-residents, creating a mapping that applies flags of a state of belonging to the apartments of residents.
In collaboration with Angelo Sarleti, Paola Ceretta investigates the interactions between Italians and foreigners, and between the new inhabitants of the neighborhood and its previously existing realities. Everyone is asked the same questions: comparison between the Isola neighborhood and the place they came from before their arrival, the relationship with foreigners in their building and the neighborhood, an evaluation of the Garibaldi-Repubblica urban renewal plan.
Michela Taeggi, also in the context of Flat Flag, in collaboration with Sarleti, uses photography to provide a visual synthesis of the encounters. 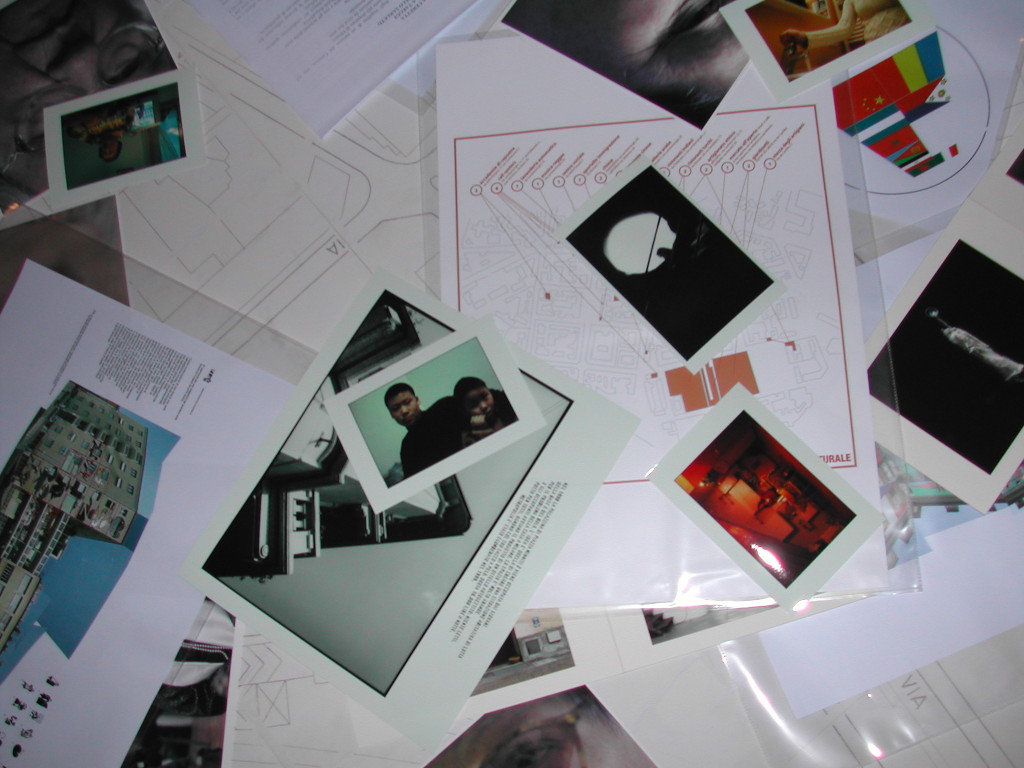 Angelo Sarleti and Michela Taeggi also continue their observations of the Isola neighborhood, focusing on the “casa alla fontana” which seems like a stratification of multiple contexts, represented by a single work of architecture – the left wing of the church of Santa Maria alla Fontana, formerly the priest’s residence.
There is also the photographic research of Camilla Micheli, who observes the contradictions between the appearance of a place seen from the street and the essence or function of the place itself.
Gionata Gesi Ozmo, in collaboration with Cosetta-Titta-Raccagni and Alessia Bernardi di Pace, work on the life and destruction of a building at Via Garignano 10, transformed in 1991 into a place of cultural initiatives and gatherings called the “Sant’Antonio Rock Squat”. 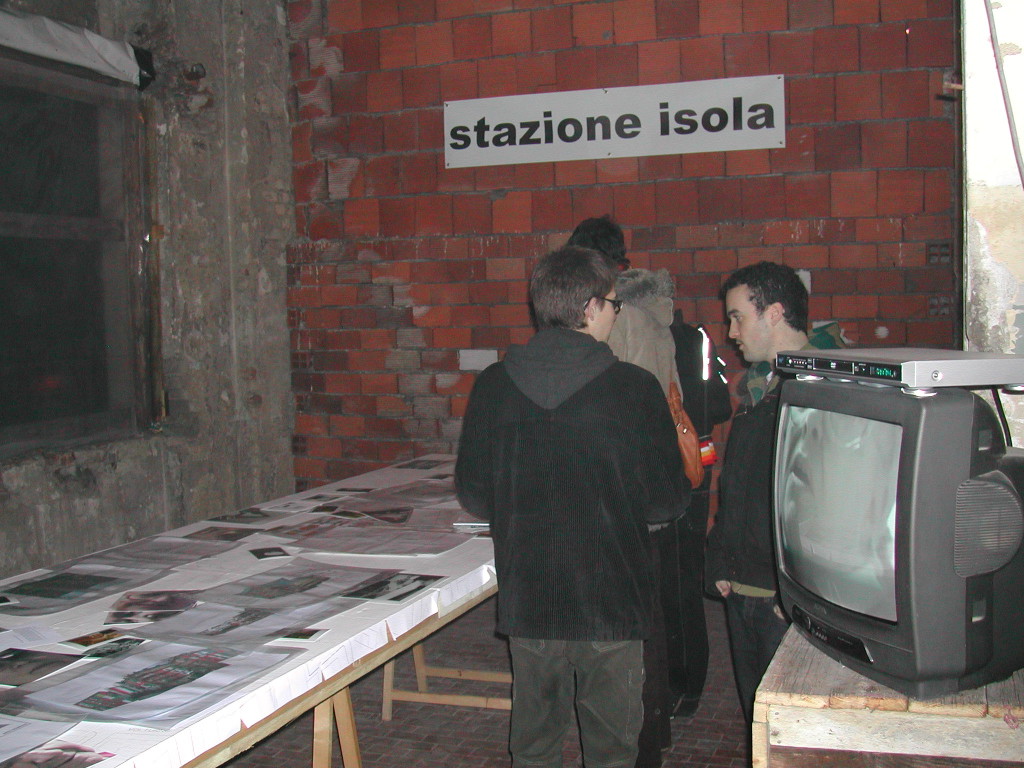