Wild Island is the title of the work I launched in October 2002 in one of the two parks on Via Confalonieri in Milan. I was interested in triggering an operative process that would allow me to inform the neighborhood about the urban transformation in progress, on the one hand, while on the other it would have the capacity to develop a sense of belonging to the inhabited territory among the inhabitants.
First of all, on an organic market day (the second Sunday of every month) in one of the two parks, I set up an “office”, where I asked people if they would donate a plant to make a garden. With their pledges in hand, I made an appointment for the next organic market day, to work together on the planting of the garden in the selected area. I wanted the Wild Island to grow as the contemporary city grows, where the coexistence of different cultures develops in an exponential way. Thus, in the garden the residents of the neighborhood plant something that belongs to their culture and their desires, and they share it with others: the fig tree grows beside an exotic plant, a lavender bush grows near a paulownia. 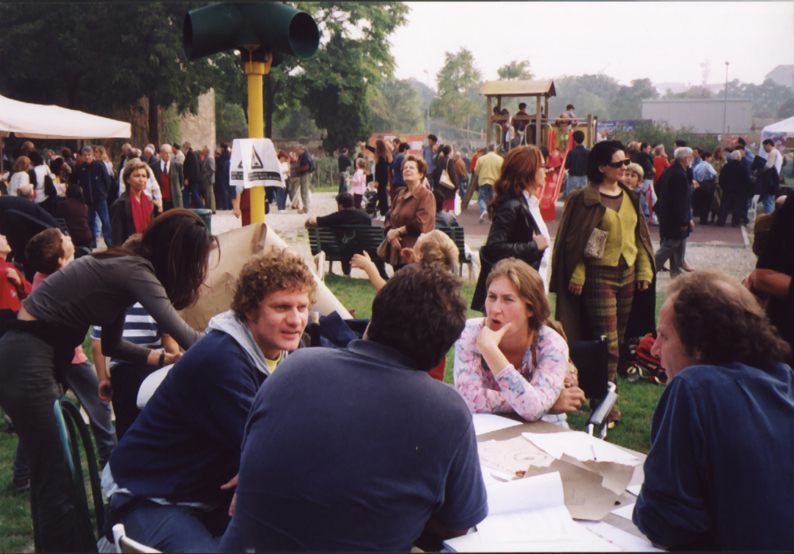 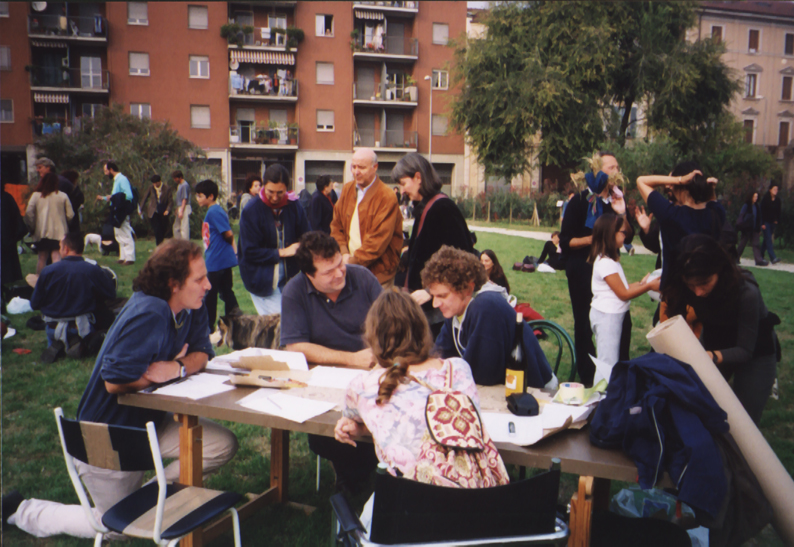 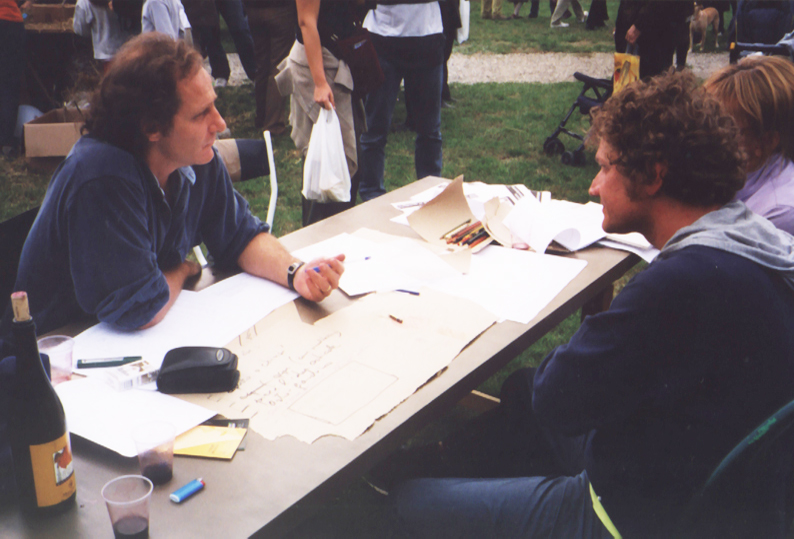 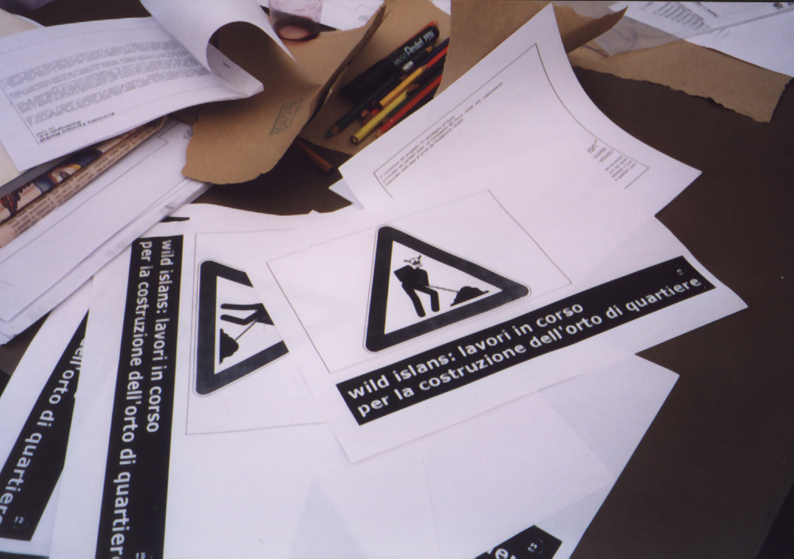 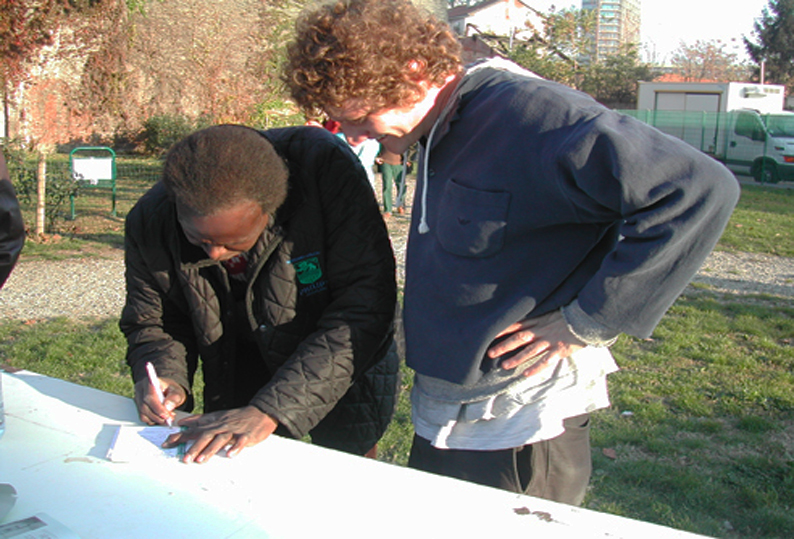 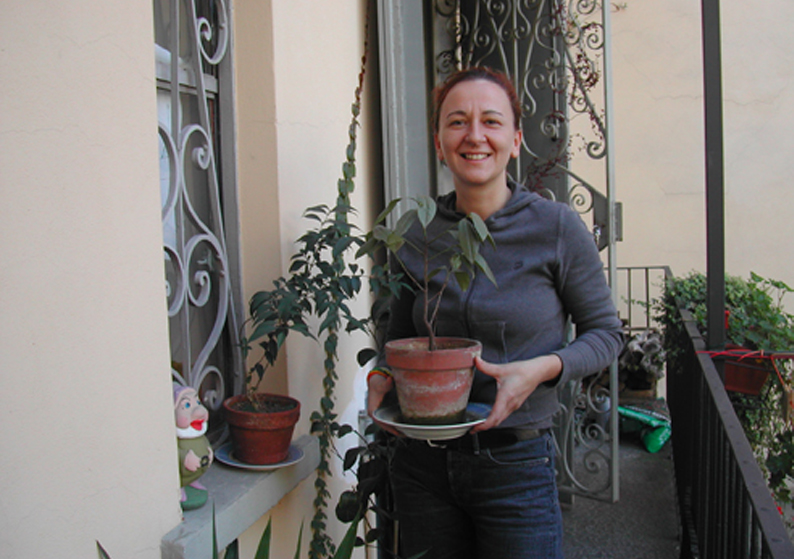 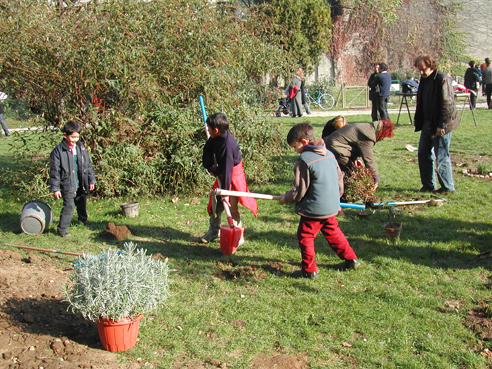 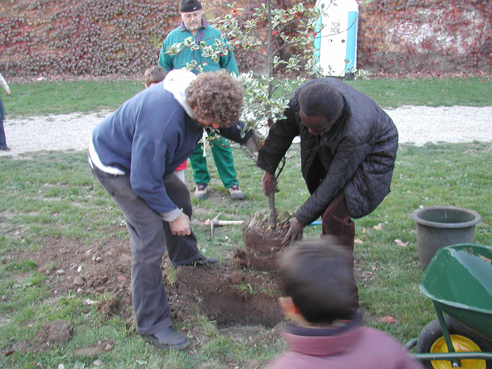 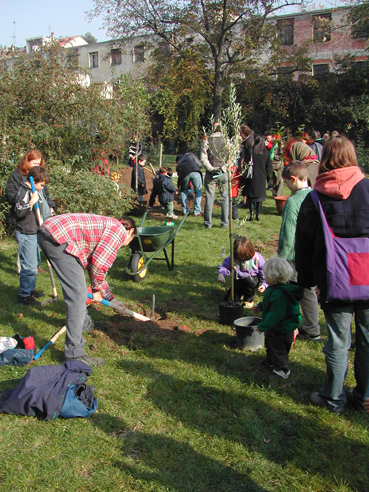 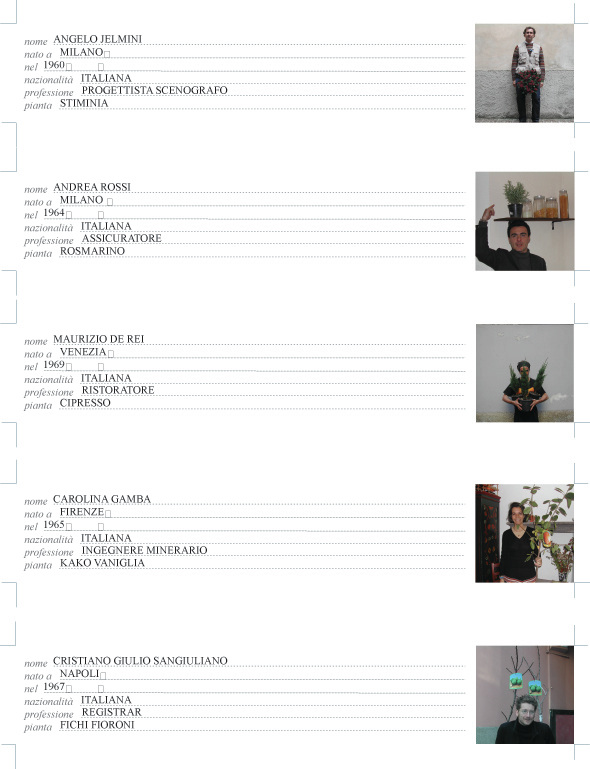 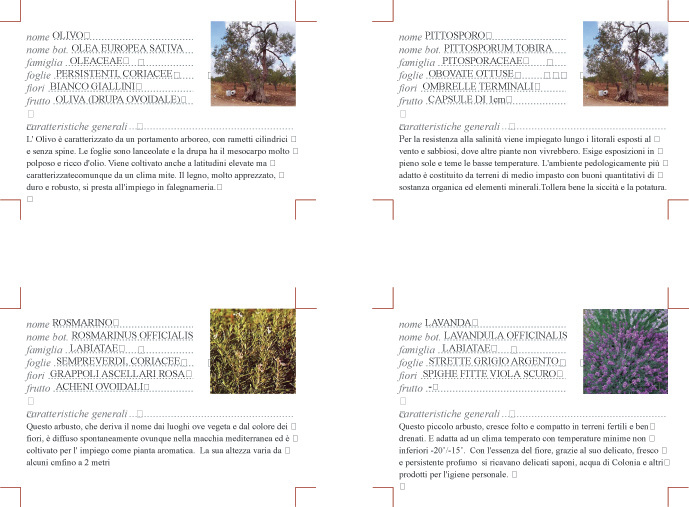